Posted on October 2, 2017 by grandmapeachy 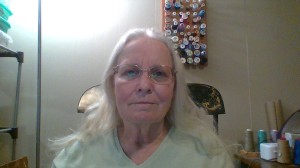 I was saddened to hear this morning about the mass shooting in Las Vegas at the outdoor concert festival. Looking at various news reports on-line and the myriad comments I felt that I would give my thoughts in a forum where there isn’t so much anger and hatred voiced.

There is some speculation that the man who did this was ex-military. I don’t know and won’t until reports confirm this. But, if that is the case, then my thought is that we are not providing enough support for our veterans. Could this act have been the result of mental illness suffered as the result of his military service? Possibly. (Update: it seems that he was not ex-military from news reports. We are being told he had antifa literature in his hotel room and ISIS claimed he had converted to Islam a couple months before. I have no clue if that claim is really true. Many are claiming there is something odd about the whole incident. To that I have no comment.)

Months ago during my morning devotion and prayer time the Holy Spirit told me that the evil that is in this world is greater than any of us can imagine. When people speculate about a ‘deep state’ being behind things like this shooting, I can imagine that as a possibility. I can also imagine that the man was possessed of an evil spirit and he was not in control of his thoughts. There are many possibilities and we probably will never know why this man committed this heinous crime. He’s dead, they say he probably took his own life. There will be no answers that make sense.  (Update: According to later reports the police officers who were part of the take down team shot him because he was shooting at them. I wasn’t there so I just have to take their word for it.)

What do I think is really the cause? When Yeshua answered the question his disciples asked about the signs of his return and the end of the age he told them that lawlessness would increase.

11 Many false prophets will rise up and deceive many. 12 Because lawlessness will multiply, the love of many will grow cold. 13 But the one who endures to the end will be delivered.

We’ve been told, we need not be surprised when these acts of violence occur. Saddened, prayerful, but not surprised, we’ve been warned. More of these things will happen, regardless of what we do.  I don’t want to be a doom and gloom person. Individually we have hope. Our hope is in Yeshua, our redeemer and our salvation. The Son of God who came to earth as a man, preached repentance to his people, died on a cross for our sins, rose again conquering sin and death for us and was taken up into heaven. He will return again, this time not as a suffering savior, but as a conquering King.  Evil will have no place in his Kingdom.  Accept Yeshua as your Savior to be the Lord of your life so you can have eternal life in the place he prepares for you in paradise.

Blessings to all and prayers for all affected by the Las Vegas shooting,

9 If you confess with your mouth, “Jesus is Lord,” and believe in your heart that God raised Him from the dead, you will be saved.

I am a retired grandmother and amateur quilter. Generally I do not discuss religion and politics with people other than my family and even then I do more listening than talking. Because I dislike confrontation this blog is a way for me to express opinions that I hold on these and other issues without having to delve into controversial discussions with others who may not agree with me. I am also an avid supporter of indie authors. There are a lot of great books that are not available through traditional publishing and I believe that these stories need to be brought to the attention of the reading public.
View all posts by grandmapeachy →
This entry was posted in Personal Opinions, Personal Reflections and tagged Christian religion politics and faith controversial issues, Christianity, End times prophesy, end times signs, faith, God, gun control, Jesus, Las Vegas shooting, lawlessness, prayer, salvation, Yahuah, Yeshua. Bookmark the permalink.