Posted on November 4, 2016 by grandmapeachy 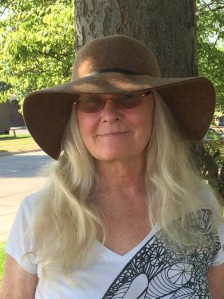 Watchers 1-10 : The Ultimate Collection starring L.A. Marzulli and Directed by Richard Shaw is the video compliment to L.A. Marzulli’s books researching geopolitical and supernatural events as they relate to Biblical end times prophesy.

I’ve watched a lot of L.A. Marzulli’s Politics, Prophesy and the Supernatural Youtube program over the past few months. The program introduced me to his books and the Watchers series videos. Both were on my list of things to read and watch. After reading the first book and checking my budget I bought the Watchers series collection on Amazon. They arrived a couple days earlier than the original estimated delivery date. I was thrilled. Since they arrived on Saturday I couldn’t wait to start watching them and spent the rest of the day marathon watching DVD’s 1-5 and finished the rest on Wednesday.

The beginning of the series, Watchers was filmed several years ago and was released in 2010. Much has occurred since the original filming, however, the topic of UFO’s is well documented and Marzulli and crew were thorough in doing their research. He presents the information and lets you decide for yourself. He does give his opinion that the the UFO phenomenon is, “real, burgeoning, and not going away.”  Though I personally have never to my knowledge seen a UFO I have believed for a long time that they are real but could not reconcile that belief with my spiritual beliefs. Marzulli presents a plausible explanation and supports it with Biblical and extra Biblical text references. Well done. The cinematography  was well done.

In 2011 Watchers 2 was released and covers geologic and astronomic events up to that point in time. One of the more interesting presentation is the apparent evidence that the moon has shifted on it’s axis. I’m not sure how this can be verified. Other events occurring on the planet, earthquakes, floods, drought, sink holes and such are apparently increasing in frequency around the globe and L.A. does a good job of equating these events to the signs in Biblical end times prophesy.

Watchers 3 – Fingerprints of the Supernatural, delves more into supernatural phenomenon that occur around the world.  Things like the Shroud of Turin, UFO’s, alien abductions and implants, as well as the Bible references to the Nephilim are topics covered in this film.

Watcher 4 – On the Edge, covered the ancient wall under Rockwall, Tx, something that I’d not heard of before. Interesting segment and apparently the locals know little to nothing about there even being a wall which was the reason for the towns name to begin with. There should be more archaeology done there.  In one segment L.A. was talking with Dr. Leir who did alien implant removal surgeries and it was filmed in a parking garage. I wondered why they were filming there, the noise was awful. My husband said it was because they didn’t want to be spied upon. I think that was bit over the top to film there, maybe to give you the impression they were concerned about “big brother” conspiracy theories.  Another segment was on NDEs (near death experiences).  I find this topic extremely interesting and have for years. The fellow that was interviewed had a personal experience that was horrifying to begin with and it seems to confirm the existence of a place of torment. Of course it was a life changing event for him.

Watcher 5 – Let Me In is one of the creepiest of the films in this series. I had never heard of the Black Eyed Children (BECs) before Marzulli included the phenomenon in some of his Youtube videos.  He also interviewed Chris Blake who was also featured on Brad Metzlers Decoded. Conspiracy theorists would love what this guy alluded to in the interview. Chris was apparently a body guard for one the the illusive elites and is apparently an ‘expert’ on the Spear of Destiny that is purported to be the spear that pierced Jesus’ side and to have supernatural power. The film covers a number of other topics as well, HAARP, events in the Middle East, Torah Codes and more.

Watchers 6 – The Secret Cosmic War is marvelous, think Ancient Aliens (AA) from a Biblical perspective. Watching the crew trek through remote Peru was as good as any AA film on History Channel and more in line with my own opinion.  In this video we get to see some of the megalithic structures in South America, elongated anomalous skulls, evidence of giant skeletons that were once discovered across the Americas among other things.  Marzulli theorizes that these structures were actually built by a giant race called Nephilim spoken of in the Bible. This was an exceptionally good film in this series.  I love this kind of stuff, the very reason for my long time interest in the AA series on History Channel. The viewpoint taken fits my own perspective of these things and gives a plausible explanation for how these things were constructed. This was one of my favorites in the series!

Watchers 7 -Physical Evidence is almost exclusively UFO and alien centered. There are a lot of videos from the UFO phenomenon, many from Jaime Maussan who is the leading UFO personality in Mexico with the longest running TV show on the subject. There are NASA images, historical documentation of the alien/UFO phenomenon and the stance taken by the Vatican on the subject. All very interesting information much of which is not found in the mainstream of media. If Ufology were my main interest I’m sure this film would rival Watchers 7 as my favorite.

Watchers 8 – Cloak of Secrecy In this episode L.A. Marzulli makes a connection between the UFO and ancient cultures from Watchers 6 and 7 films.  This is another film that conspiracy theorists would love.  Shadow government control and suppression of archaeological evidence that is counter to the Darwinian Theory of Evolution appeals to the suspicions of conspiracy theorists. I am becoming convinced that the conspiracy cover ups are more than even the tinfoil hat people imagine.

Watchers 9 Days of Chaos, I believe, was the longest film so far in the series. It covers a lot of the more recent events politically and geologically from around the world. More Torah codes, social disturbances, government agendas, Jade HELM,  wars and rumors of wars, abortion, planet X, and so much more. This film points out just how chaotic our world has become. (I also read the companion book.) This film is definitely worth the money spent to watch it.

Watcher 10 DNA is the one that I really wanted to watch from the very beginning but knew that I had to see the others first just to be sure I understood the background for this film.  The DNA that is addressed here is primarily from the Peruvian elongated skulls and the results call into question the theories of how the Western Hemisphere was settled. There is one segment of the film about the  “fairy” that when filmed was thought by all the consulted experts to either be authentic or an exceptionally good fraud that had to take a lot of planning and work. After the release of the film it was discovered to be a fraud, one that fooled several experts but a fraud none the less. At least as soon as it was confirmed to be a fraud L.A. Marzulli was quick to make that information known in all of his social media outlets. The reason that in these films nothing that is not proven is presented as fact, rather as theory and the ‘evidence’ is presented and the viewer is encouraged to make up their own mind if the theories proposed are valid.

I understand that there is another Watchers 11 in the works and I do look forward to watching when it is released. I appreciate the research that Marzulli and his team continue to do and the dissemination of the information found. The theories that he promotes are tied to the Biblical account of prophesy from the Old Covenant and from the New Testament accounts. He does not say that his interpretation is absolute truth, but, it does give a much more plausible explanation for world events, weather and geologic events, supernatural phenomenon and the apparent cover up of archaeological findings.

I’ve given a more detailed review of the ten films after a few days of contemplation. But my first impression was less detailed and naturally more spontaneous. Here is my immediate Amazon review dictated to my daughter upon completion of the series (she rated the series 5 stars for me, I might have given it a 4 if I’d thought more about it.):

‘First, I was excited to get this series. And began watching it as soon as it arrived; let’s talk marathon here. <Spoiler alert> The early videos, though very interesting, had a lot of old information that sometimes is no longer valid, and speculation of possible events occurring that didn’t occur. Still you can see the evidence of Marzulli’s theory that we are in the end times described in the bible. I really enjoyed the trips to South America that included video of megalithic structures and their guide that they called “El Sadistico” was very convincing in his theories of where these things came from. the videos concerning geopolitical events were also very interesting, and I tend to agree with the assessments made regarding how these things are part of biblical prophecy. I also found the episodes concerning UFOs, “alien” abductions, and implants to be quite interesting. I was especially intrigued by video of a conference in which a Canadian cabinet member stated that UFOs are real. I wonder just what our governments are really hiding from us. I look forward to the continuation of the series, and I plan on watching these more than once.’

Most of the videos can be watched on-line from other sources. I had watched a couple of the middle films prior to getting my DVD copies delivered. That did not detract from my enjoyment of the whole series watching it straight through. I plan on watching the series again, probably more than once. In his own words, he wants to dominate the conversation on these things from the Biblical point of view. I hope this review will encourage you, my followers, to find these videos and expand your horizons and world view of the supernatural and unexplained phenomenon found.

I am a retired grandmother and amateur quilter. Generally I do not discuss religion and politics with people other than my family and even then I do more listening than talking. Because I dislike confrontation this blog is a way for me to express opinions that I hold on these and other issues without having to delve into controversial discussions with others who may not agree with me. I am also an avid supporter of indie authors. There are a lot of great books that are not available through traditional publishing and I believe that these stories need to be brought to the attention of the reading public.
View all posts by grandmapeachy →
This entry was posted in Film Reviews and tagged Biblical prophesy and teaching, Christian religion politics and faith controversial issues, elongated skulls, end times signs, Indie films, L.A. Marzulli, megalithic structures, Nephilim, Richard Shaw, supernatural, UFOs, Watchers 1-10 : The Ultimate Collection. Bookmark the permalink.